The other day Jules and I rode the Capital City Trail. This is a trail that circumnavigates Melbourne city and is an easy ride - even easier on an electric bike! It's also only about 30 km, so there is no problem with range anxiety. I hardly glanced at battery usage and used Boost wherever I felt like it.

We met at Southern Cross Station (where I was nursing an injured bike courtesy of VLine, see previous post). I had ridden the trail before on my Trek and always gone in an anti-clockwise direction. So this time we decided to go in the clockwise direction. I don't normally go this way as there is a nasty climb at The Boulevard near Kew, but I knew this wouldn't be an issue with the Gazelle.

It was a lovely day, about 27C or so and we had a great day. Our first stop was by the bay at Docklands. We pretty much had the entire Docklands precinct to ourselves at 10:00 am on a Wednesday. Deserted!


Anyway we stopped to look at the view, and then saw these sand sculptures. Very impressive. I'm not sure how they do these. Do they put some sort of glue in them to stop them falling over when the sand dries out? 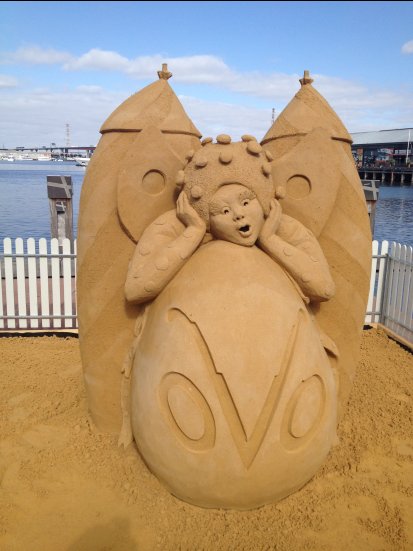 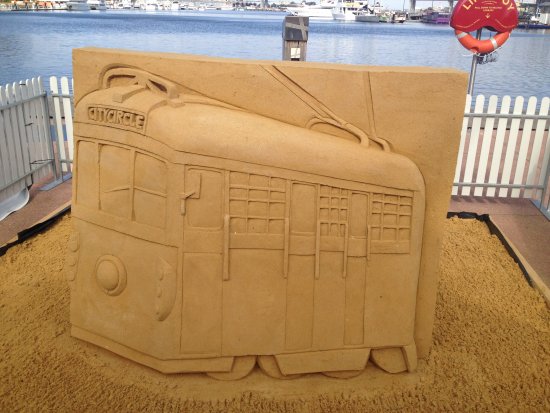 We had a quick coffee at Docklands and then I forced Jules to look at my favourite grocery store - Costco. Boy, that store is cheap compared with Woolworths and Coles. We didn't buy much because we were on the bikes but we couldn't resist buying some nutbars (not one, not two, but fifteen!)

The next part of the Capital City Trail is up to Parkville by a rather smelly, isolated route. There were a couple of winos around under the bridges, so we went pretty quickly through here on Normal.

If you look at the Strava map, you will notice a bit of a backtrack at Parkville/North Carlton - this is because we both forgot sunscreen and we need to buy some at Barkly Square in Brunswick.

Back onto the trail, past Dights Falls - do they really qualify for the term 'falls'? Then we went onto the Collingwood Children's Farm. We had to make a detour here as there is no way we could lift out bikes up the Gipps Street steps. The detour took us past the Abbotsford Convent which is very impressive. I need to go back there on another day and really check this out.

The view of the river in this area is just lovely. You would never think we were in suburban Melbourne. 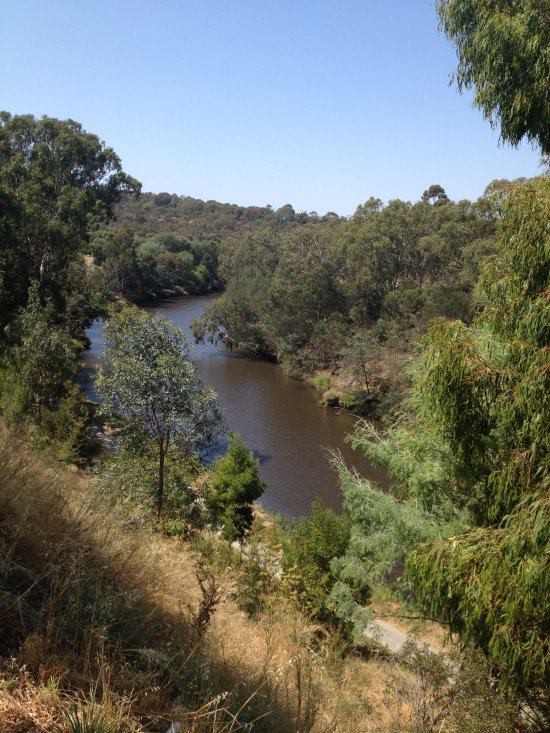 The rest of the trip by the Yarra had me straining my neck to look at the backs of the multi-million dollar mansions along the river.

Then back to the City and a stop for a late lunch. We stopped at the Riverland Bar near Federation Square. If I didn't have a train to catch, I think I could have stayed there all afternoon. Good food and a great view.

All in all, a great day. The Capital City Trail is a really enjoyable ride and shows you parts of Melbourne that you would never see otherwise. Highly recommended!