The other day Jules and I went on a tour of the beachside suburbs of Melbourne. Mr Aggy had agreed to pick us up so we could plan a one-way trip and ride without too many concerns about battery power. (He only had to go 50 km out of his way...)

We met in the CBD at the train station. It was a miserable day in Melbourne, pouring with rain. Not at all what we have been used to! We even had someone come up to us and tell us it was too wet to ride that day and hadn't we checked the forecast?

But undeterred by this negative outlook, we set off. Our first task was to find the Sandridge Rail Trail. I had quite specific instructions from Mr Aggy and a map, but of course I got lost. I had to call Mr Aggy for help three times for further instructions.

We finally found the trail and had a wet, but enjoyable, ride down to Station Pier via Beacon Cove. I really like this suburb - really nice, lots of trees and great houses.

Our first stop was at Station Pier for coffee. We were quite wet at this stage, but it was also quite warm, so we weren't cold. 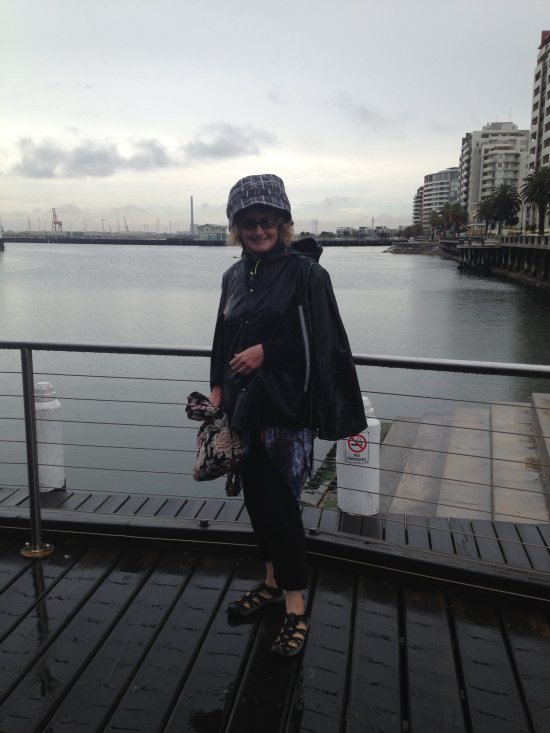 As you can see, I'm wearing a cape. I bought this at Ausbike last year from Cyclette. The cape was marvellous for protecting the upper body, but my legs got pretty wet. Jules also commented that it needs some fluorescent tape on the back, as I was not very visible on the road.

I'm also wearing a new Rockinoggin over my helmet which is waterproof! I had put it on my helmet at the last minute before leaving home and I was so thankful I did. My hair kept dry the whole day - while Jules described her hair as the 'drowned rat' look. For those of you that want dry hair while riding this winter, the Rockinoggin style is 'Windy' and the link is here. (Jules was so impressed she is going to order one for herself.)

After coffee we had a bit of a tour around station pier and looked at the ferry to Tasmania. 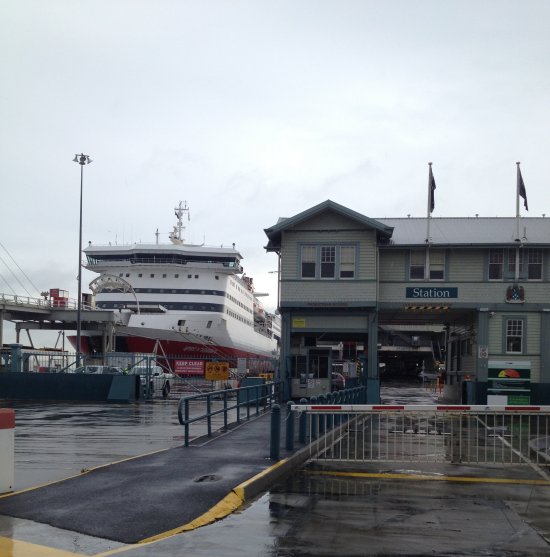 Then off down the beach. What a great trail. An absolute must for a cycling 'To Do' list. And while it was raining, I think that worked in our favour as there was hardly anyone around. 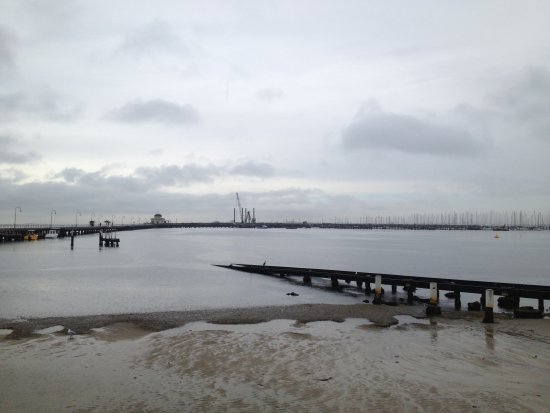 Our lunch stop was at Hampton at the Brown Cow cafe. This was a good choice as it had bike racks out the front, the food was good, the staff were really friendly and helpful and the toilets were clean (8/10). I'd go back there again.

At Beaumaris we had to leave the beachside as the trail is being constructed. We didn't feel too confident about riding on the road there as the bike lane was either non-existent or too narrow, so we went on the footpath for a while. 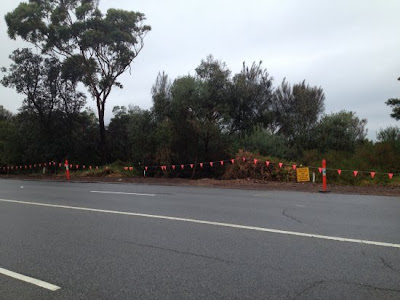 And surprise, surprise, at this stage the sun came out and we were started to dry out.  It made the trip along the beach much more pleasant and we even had to break out the sunscreen. (Well it is Melbourne, if you don't like the weather, just wait 5 minutes.)

The beach path took us onto Mordialloc (nice looking pub, but no time to stop - we were on a mission).

At Mordialloc, the bike path heads inland to Carrum. We got slightly confused here trying to find Browns Lane and the Long Beach Trail. We managed to find it for a while and had a nice ride through the wetlands, but then we got lost again. We ended up riding into Carrum along Station Road (a busy road, not recommended.)

At Carrum we chatted with a lovely man who was riding his Ezy Commuter folding electric bike. He and his wife ride them everywhere and take them on their travels. Interestingly he said that he was not allowed to take the bike's battery on a plane, even though he believes that it is the same battery that is in a mobility scooter and you can take that battery on a plane. 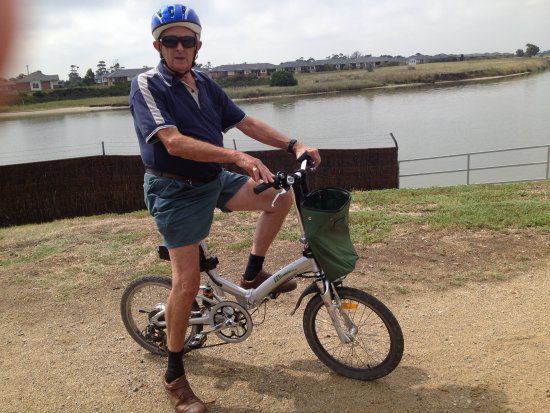 We then rode up and looked at the National Rowing Centre which is quite impressive. On the way there, you ride over a series of locks. These locks join the lagoons at Paterson Lakes to Carrum. Looks like a nice place to live. 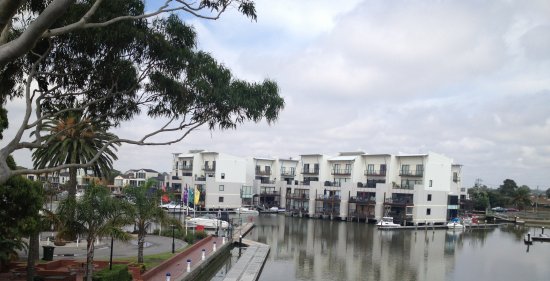 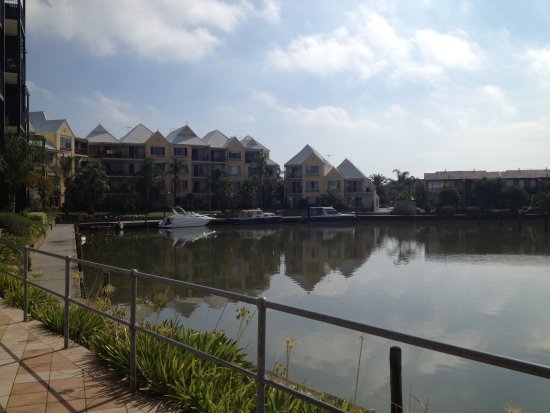 Our final stop for the day was at The Cove Hotel in Patterson Lakes. This is quite unimpressive from the outside with no bike parking. However it opens up onto the water on the inside and is very pleasant.

(It has been pretty hot here, so I've been taking the car a bit lately.)