And then we were three!

Yes, another rider has joined our ranks - Kaz who is also from Croydon. (She had previously contacted me via this blog about joining our rides.)

You could instantly tell that Kaz's bike is new - it was so shiny! I thought I was keeping mine in good condition, but clearly I need to lift my game.

As you can see Kaz is wearing a RockiNoggins - a 'Blake' I think with one of the accessory flowers pinned onto it. It looks great.

The coffee place in Oakleigh was called The Vanilla Lounge, and while we averted our eyes firmly from the cakes, they had a magnificent selection available. Toilets good and clean, 7/10. The tables outside were in a mall, so it was very pleasant. 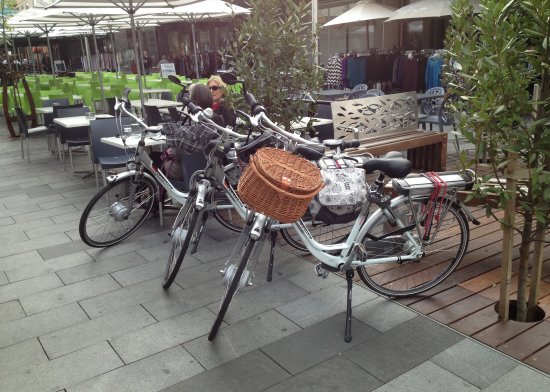 Kaz's bike has a silver battery - but I don't think that will be a problem as we never go near running out of charge.

So off from Oakleigh we set and we cycled for a little bit down the Rosstown trail. (Sorry, I forgot to start Cyclemeter straight-away so I've missed this bit of the ride.)

Then we tootled through Urban Forest Trail in Murrumbeena and eventually joined the Gardner's Creek Trail.

I noticed that there were a number of lights set into the side of the trail and I was wondering if they solar. 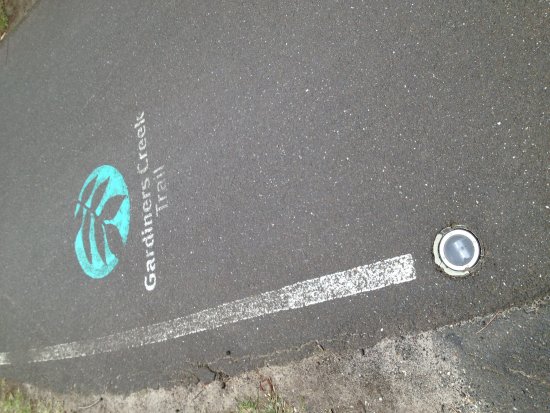 All was revealed later on. Great idea! 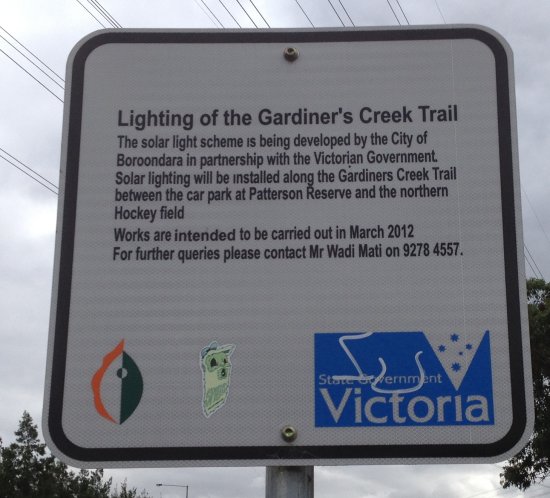 The Gardiners Creek Trail is very scenic. At one point there was a massive duck feeding frenzy on the trail.

Then later on, we ended up under the Monash freeway. 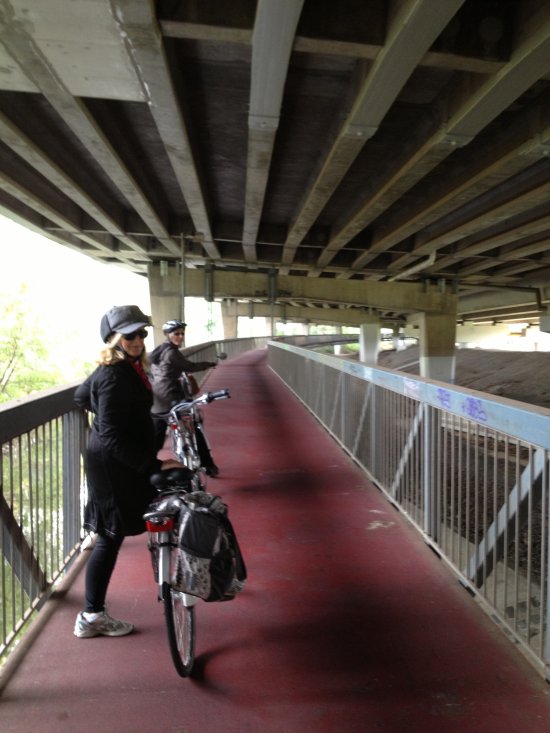 At this stage we arrived at the Melbourne CBD, but it seemed a bit early for lunch, so we decided to continue onto Port Melbourne via Southbank and Lorimer Street and then loop back to the City via the Sandridge trail.

On the way through Southbank we saw this great cafe which I assume is bicycle friendly! 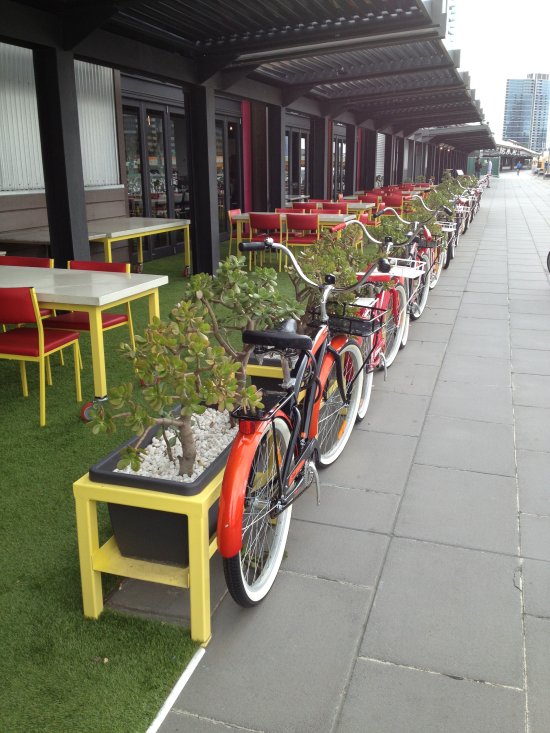 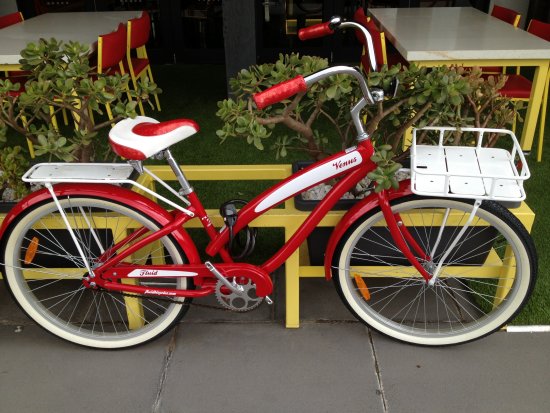 Once we had looped back to Southbank, we had a lovely lunch at Il Primo Posto.

I caught the 3:20 pm train from Melbourne to Geelong and once again, VLine were hopeless. They refused to let me lie the bike down, they would not let me try and tie it to a fixture in the carriage, and it appears the bike has been dropped again. Useless!


Ride Details:
You can view the ride on Strava here.