Mr Aggy and I have been keen to try the Westgate Punt.

The Punt is a small boat that takes people and bikes across the Yarra river between Spotswood and the Melbourne CBD. During the week it only operates during peak times and is subsidized - $2 per crossing. However, weekends and Public Holidays, it operates from 9:00 am to 5:00 pm and charges $7 return or $5 one-way.

Mr Aggy and I had been to Williamstown recently and had struggled at that time to find a cafe that served a light lunch at a reasonable price. Most establishments we looked at seemed to be a overpriced. So rather than hassle around in Williamstown again, Mr Aggy and I decided to park in Williamstown, ride to the Melbourne CBD for lunch and catch the Punt back. (Any readers of this blog that can know a good spot to eat in Williamstown, please let me know.)

There was plenty of parking along the foreshore at Williamstown, even for an XTrail with the large Thule rack on the back. As you can see, lots of swans were hanging around where we parked. I had had a bad experience with one of these in Geelong when my kids were little, but these didn't seem aggressive. 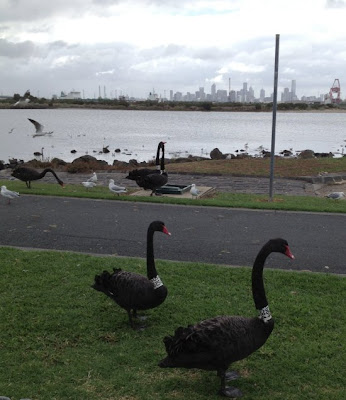 We rode along the foreshore and checked out where the Punt would land on this side of the river. It's opposite Scienceworks in Spotswood.


From here we rode up and looked at the Westgate memorial. Hard to imagine the bridge collapsing - all those people killed. 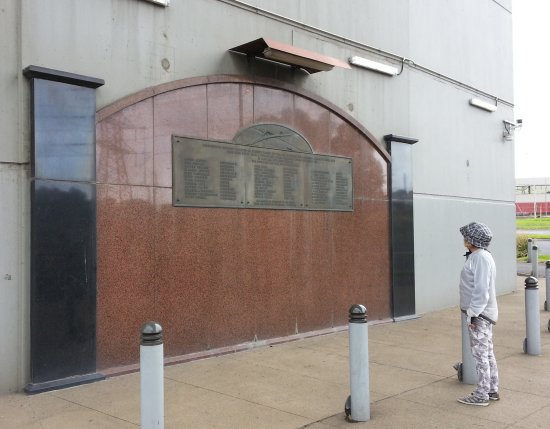 And just a hop, step and a jump away from the Westgate memorial, we came across the start of the Maribrynong trail, well-signposted! 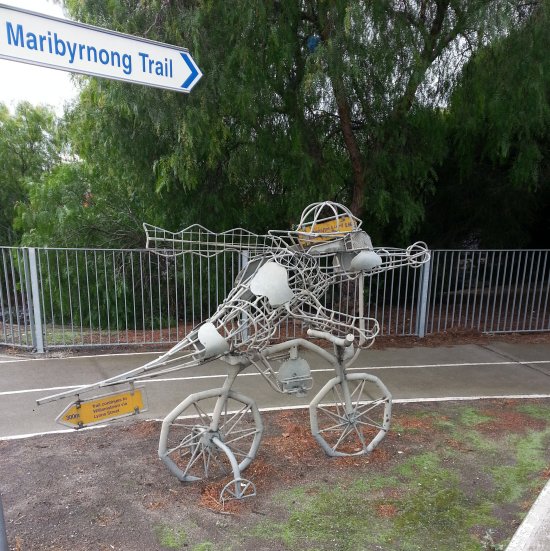 We followed the trail for a while and then left it to go up Hyde St, where there is a bike shop, PS bikes, with a great sign. Unfortunately it wasn't open on Easter Sunday. 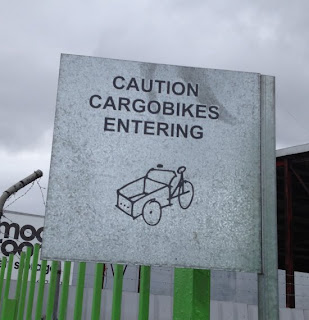 All of this part of the ride was on a bike lane on the footpath and quite safe, although during the week there might be a problem with cars exiting businesses and side streets.

From there Mr Aggy and I skirted the docks and then basically reversed Jules and my ride of last week along Footscray Road.

We had lunch at the Riverland Bar near Flinders Street station. Jules and I went there a while ago and it was still just as good. However, it started to rain, so we didn't linger.

Over Princes bridge and a nice ride down Southbank. I have made a mental note to eat there next time as some of the places looked very inviting. 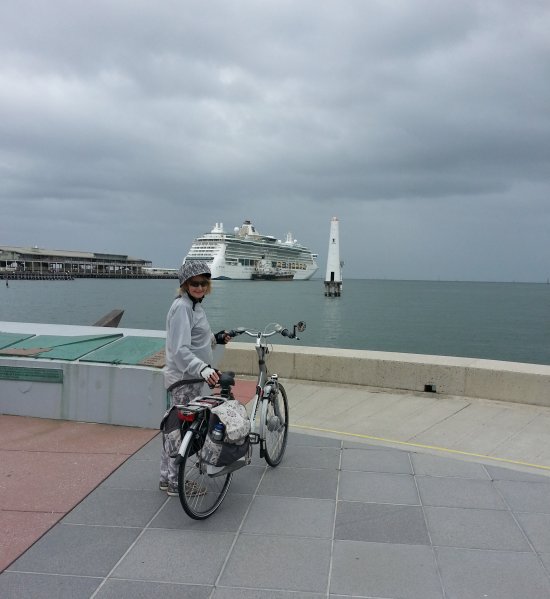 Looking out to sea at Beacon Cove 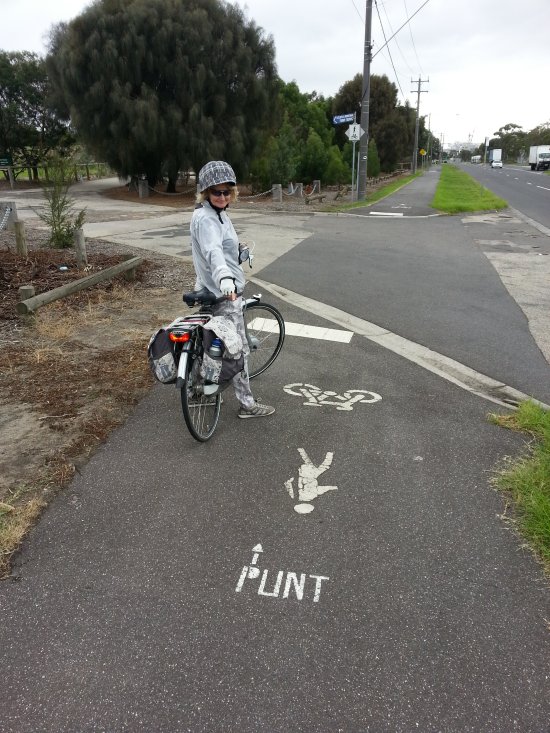 Anyway, more by luck than good management we found the Punt. And lo and behold, the Punt pilot had an electric bike. He said he bought it a few years ago as part of a buying group and he rides from Hawthorn to the Punt at Port Melbourne most days. His battery will do about 50 km and he has no trouble.

He recognised the Gazelle as there is a lady in Williamstown who regularly brings one on the Punt.


It looks like this might be a French bike - not sure if I've found the right link here.

The Punt took about 10 minutes - excellent value  - and then were back in Spotswood.

A quick cycle to The Anchorage restaurant for coffee and then back to the car.

A complaint: The restaurant had a nice coffee bar opening onto the bike track. However the tables were full of smokers. Why does every outside area have to be smoking? I would sometimes like to sit outside in the fresh air. We luckily had our coffee inside, but only as it was quite late and the restaurant was almost empty.

A nice fun day - easy riding and although we had a bit of rain, it wasn't enough to get us very wet.


Ride Details:
You can view the ride on Strava here.