Well the first big ride on the new Mixte was Geelong to Queenscliff and back. 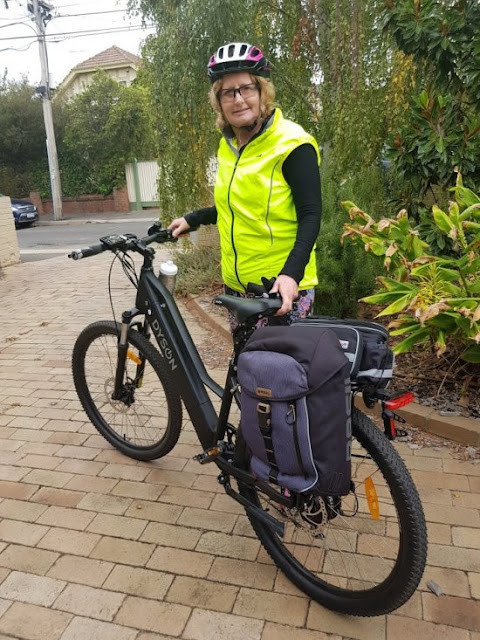 This is me all set up ready to go. Not sure if you can see it, but when I bought the bike I upgraded to the  Satori Animaris suspension seat post. I also put on the ergonomic grips.

I also bought the Azur expandable trunk bag, but to be honest, I'm not a fan. It is held on with velcro and when I put on my Basil pannier bag, it tips over. I'll look for a better system, I think.

Poor old Mr Aggy was using legs (like a fool 😃), so while I was enjoying an easy ride, he was pedaling hard and watching the track like a hawk, as it was a bit rough in spots. I was trying to ride on level 1 or on no assist on the way to Queenscliff, as I wasn't sure how the battery would go.

At Queenscliff, we stopped at the old Esplanade Hotel, now totally revamped as the Queenscliff Brewhouse. It has a number of different areas, one of which is a really good deli with local produce. There are a number of other areas as well as a whisky bar, for those so inclined, but this wasn't open. 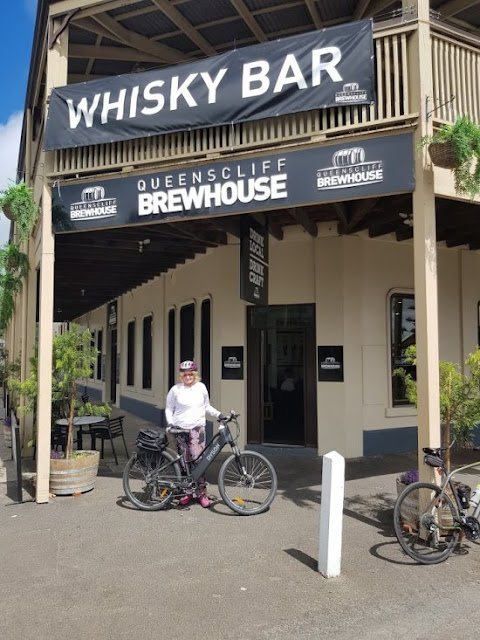 On the way back, we were riding into a headwind. Not so bad on the Mixte, but Mr Aggy found it annoying. On the way back, I was riding mainly on Level 1 and Level 2 with some Level 3. As you can see, I could have used lots more battery as there was plenty left after 74.6 km. 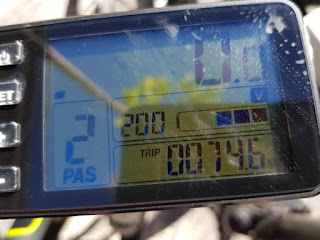 (I'm a bit delayed in posting this, but I'll be better I promise!)

Email ThisBlogThis!Share to TwitterShare to FacebookShare to Pinterest
Labels: Queenscliff